Benefits Of Wellness Interventions For Persons With Chronic And Disabling Conditions: A Review Of The Evidence

Close Purpose: Persons living with the effects of chronic and disabling conditions are often at increased risk for the development of secondary conditions and disabilities that can lead to further decline in health status, independence, functional status, life satisfaction, and overall quality of life. The purpose of this study was to review the evidence for the benefits of wellness/health promotion interventions for persons with chronic and disabling conditions. Methods: The authors conducted a Medline search (1990-2007) using terms related to wellness and health promotion cross-referenced with general terms for chronic and disabling conditions, as well as 15 specific chronic and/or disabling conditions (e.g., multiple sclerosis, spinal cord injury). Selection of studies was limited to those published in English that reported randomized controlled trails or prospective studies that involved adult human subjects with a chronic and/or disabling condition. All selected studies focused on some aspect of a wellness or health promotion intervention and involved a comparison or control group. Of the 5,847 studies initially identified in the search using medical subject heading terms, 190 met the criteria for full review. Data were extracted from these publications and summarized using descriptive statistics. Results: Almost all studies (95%) explored the effects of wellness intervention in a sample diagnosed with a single condition (e.g., cancer, stroke, arthritis). Although the mean sample size was 100, the range in sample size varied widely (6-688); 25% of the studies had sample of 30 or fewer. Almost all studies (89.5%) reported positive effects of the wellness intervention, although the delivery and content of interventions as well as the measurement of outcomes, varied greatly. Conclusions: Our findings support an immediate post-intervention positive impact of wellness interventions across persons with a wide variety of chronic and disabling conditions. Future research that clearly specifies primary study outcomes and follows the guidelines will strengthen future reviews of the evidence and facilitate application of the evidence of practice.
Full Article

Health Service Interventions Targeting Relatives Of Heart Patients: A Review Of The Literature

Nice To Your Heart: A Pilot Community-Based Intervention To Improve Heart Health Behaviours In Urban Residents

Close Purpose: Efforts to improve cardiovascular health among adult African American populations, particularly through organised physical activity, have met with limited success. This study pilot-tested a novel soul line dancing and nutrition education programme (Nice to Your Heart) that was designed and implemented as part of an academic community-based collaboration. Methods: Eight, 2-hour sessions were delivered to 38 eligible and consenting participants. Each session included 60 minutes of soul line dancing and up to 30 minutes of nutrition education. The outcomes of programme attendance including days physically active and fruit and vegetable consumption in the last week, as well as blood pressure, were assessed. Results: In all, 58% of the sample (N=13) attended five or more sessions, with women and those not currently employed more likely to achieve high attendance. Improvements in days active in the last week (t=−8.69, p<.01) and fruit consumption (t=−0.03, p=.04) were observed. Conclusions: These data show that this culturally sensitive programme of soul line dancing and nutrition education was well received and had positive indications for improved cardiovascular health in a high-risk group. A fully controlled trial is warranted to determine programme effectiveness.
Full Article

Close Purpose: A special intervention (SI) was crafted to determine if such an intervention would reduce the primary end point, low-density lipoprotein cholesterol (LDL-C), more than a control intervention (CIN). Methods: A randomized, controlled clinical trial was conducted in healthy adult family members (N501; 66% female; 36% nonwhite; mean age, 48 years) of patients hospitalized with CVD to evaluate a special intervention (SI) with personalized risk factor screening, therapeutic lifestyle-change counseling, and progress reports to physicians versus a control intervention (CIN) on the primary outcome, mean percent change in low-density lipoprotein cholesterol (LDL-C), and other risk factors. Validated dietary assessments and standardized risk factors were obtained at baseline and 1 year (94% follow-up). Results: At baseline, for 93% of subjects, saturated fat comprised 7% of total caloric intake, and 79% had nonoptimal LDL-C levels (of which 50% were unaware). There was no difference in the SI versus the CIN with respect to the mean percent change in LDL-C (1% versus 2%, respectively; P0.64), owing to a similar significant reduction in LDL-C in both groups (4.4 mg/dL and 4.5 mg/dL, respectively). Diet score significantly improved in the SI versus the CIN (P0.04). High-density lipoprotein cholesterol declined significantly in the CIN but not in the SI (3.2% [95% CI, 5.1 to 1.3] versus 0.3% [95% CI, 1.7 to 2.4]; P0.01). At 1 year, SI subjects were more likely than controls to exercise 3 days per week (P0.04). Conclusions: The SI was not more effective than the CIN in reducing the primary end point, LDL-C. The screening process identified many family members of hospitalized patients with CVD who were unaware of their risk factors, and further work is needed to develop and test interventions to reduce their CVD risk.
Full Article

Effectiveness Of A Walking Group Intervention To Promote Physical Activity And Cardiovascular Health In Predominantly Non-Hispanic Black And Hispanic Urban Neighborhoods: Findings From The Walk Your..

Effectiveness Of A Walking Group Intervention To Promote Physical Activity And Cardiovascular Health In Predominantly Non-Hispanic Black And Hispanic Urban Neighborhoods: Findings From The Walk Your Heart To Health Intervention

The intent of this study was to ascertain the efficacy of the Walk Your Heart to Health (WYHH) intervention, an intervention aimed at increasing aerobic activity and reducing cardiovascular disease (CVD) risk of participants. This study, implemented from 2009 to 2012, utilized a community-based approach to boost engagement and interaction of "community residents, health service providers, and academic researchers."

The Walk Your Heart to Health (WYHH) intervention was comprised of a 32-week duration centered on a "community health promoter-facilitated walking group intervention." Participants met three times per week and engaged in group walking or 45 to 90 minutes (which increased temporally). The study's efficacy was measured via a cluster randomized control design that contrasted an intervention group with a control group. Results: The intervention group, within the timeframe of the "initial 8-week intervention period," demonstrated an increased number of steps per person, and these increases in aerobic activity correlated with "reductions in systolic blood pressure, fasting blood glucose, total cholesterol, waist circumference, and body mass index." These results were maintained at 32 weeks.

The intervention exhibited, in participants, "significant reductions in multiple indicators of cardiovascular risk" in studied communities (i.e., Hispanic and non-Hispanic Black groups). Such and similar interventions can be employed to reduce "racial, ethnic, and socioeconomic" disparities in cardiovascular disease (CVD) morbidity and mortality. 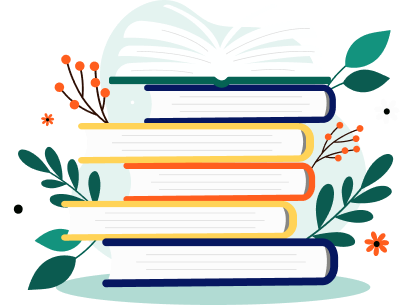